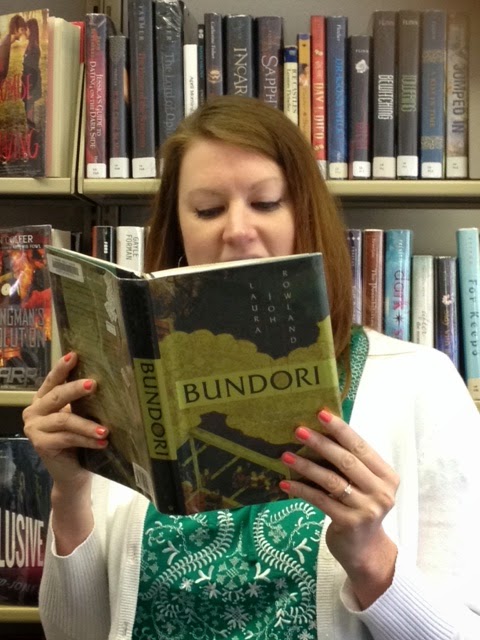 Bundori is the second novel in Laura Joh Rowland's historical mystery series featuring samurai detective Sano Ichiro. In feudal Japan, Sano is the shogun's sosakan-sama: Most Honorable Investigator of Events, Situations, and People. In this book, he must find a serial killer who has been leaving clues in the form of an ancient war ritual: severed heads to nailed boards. The clues lead Sano to several suspects. The problem is, one suspect is the shogun's Chamberlain. The shogun himself has asked Sano to catch the murderer. Sano is torn between serving the shogun and serving justice. ​Sano's life is always in danger. Luckily, he has a loyal assistant helping him. A knowledgeable, scholarly elder, and deadly female ninja complete the cast. As Sano learns hidden secrets and narrows his list of suspects, suspense mounts.

This is only the second book about Sano but I enjoy reading about historical Japan and samurai culture and I love to see the character of Sano develop. His integrity and skills are admirable and I'm always cheering for him. Rowland's historical details are accurate and contribute to the story. The shogun of Sano's time is a real historical figure: Tokugawa Tsunayoshi. There are currently seventeen novels in the series, so there is still much to learn about Sano and historical Japan. (This series may not be for everyone due to graphic scenes and violence.) 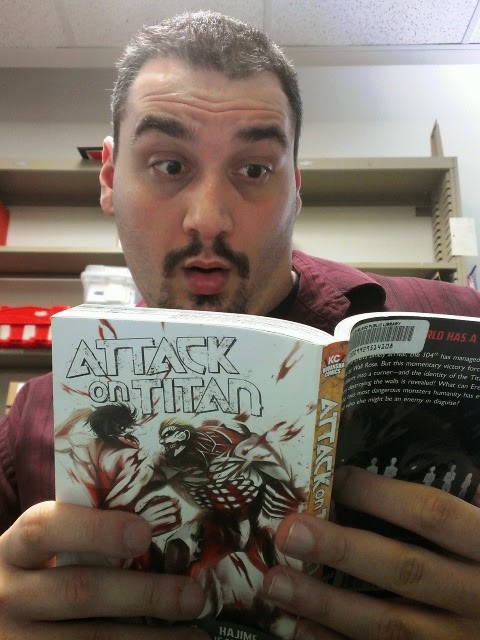 I had a mystery lined up for my new post, but since this series is so hot right now and I'm apparently the sole anime/manga fan in Kirtland, I wanted to talk about this one.

Attack On Titan takes place in a Concentric city that is protected by three giant stone walls. For the past 100 years, these walls protected humans from monstrous humanoids called Titans. For youths such as protagonist Eren Yeager, his adopted sister Misaka, and their friend Armin, life within these walls are all they know and the peace from it. Until one day, a massive 50 meter tall skinless Titan appears above the wall and smashes a hole through it, allowing smaller yet incredibly deadly Titans to breach through. The ensuing chaos for escape is gruesome as the Titans begin to tear apart and devour humans. People are evacuated to the inner walls, but not without Eren losing his family in the most brutal of fashions. Swearing vengeance, Eren joins up with the Survey Corps to leave the walls and take the fight to the Titans.

When I tell another adult I watch anime or read manga, I will occasionally get a scoff, an eyeroll, or am told that cartoons are for kids. This series is decidedly not for kids, and I challenge readers to give it a try. It has drama, betrayal, mystery, gruesome combat, and for the most part moves at a fast pace. You could tear though 3 volumes of these graphic novels in less than an hour, so there is no reason not to give it a shot.


Maria: Me Before You by Jojo Moyes 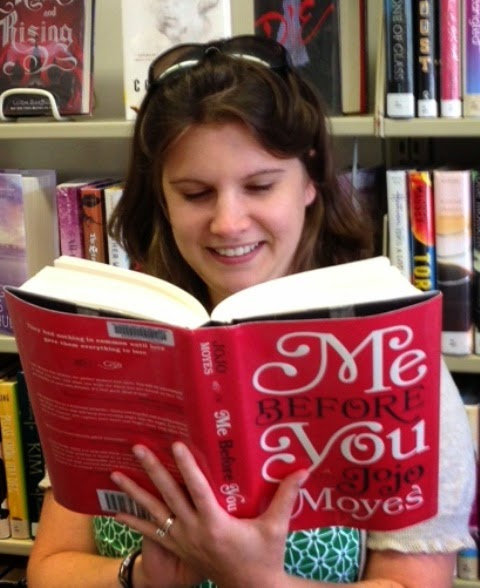 Louisa Clark is an ordinary girl living an exceedingly ordinary life—steady boyfriend, close family—who has never left her tiny village. Recently let go from her waitressing job at the Butter Bun Cafe, she finds she needs a job fast because her parents rely on her paychecks. So when the job center recommends Lou try for a job as a caretaker for a quadriplegic, she reluctantly goes for the interview. Lou's interview takes her to the affluent side of town, to the Traynor family mansion. They are moneyed and infamous in Lou's small town, but she never knew about the troubles they've had at home . . . the eldest Traynor child, Will, was in an accident two years ago that has left him a quadriplegic. He has movement of his neck, but minimal control of his hands and fingers. Everything else is paralyzed, and he is confined to a chair and needs 24/7 care, especially after a suicide attempt that put the family on high-alert. Mrs. Traynor is adamant that she does not want a nurse-maid for her son. She just wants him to spend time with someone who will entertain him and be companionable. Louisa is chatty and quirky, dressing in colorful tights and sparkly gumboots. She's just the sort of positive influence Will needs in his life right now.

But Will Traynor is not the easiest person to get along with. He's bitter and depressed - constantly reminiscing about his life `before' and `after' the accident. He used to ski, bungee jump, rock climb and just generally travel the globe looking for the next adrenalin-rush. Now he is chair-bound and suicidal. But Lou refuses to treat him with kid gloves, and soon his happiness means more to her than she expected. When she learns that Will has shocking plans of his own, she sets out to show him that life is still worth living. Lou has six months to prove her worth to the Traynors and make a difference in Will's life. And what originally starts as an easy paycheck and cozy new job turns into a mission of hope. . .

Me Before You brings to life two people who couldn’t have less in common—although heartbreaking, this book had me laughing out loud in many parts of the book. Great character development, great writing…what more can you ask for?
Posted by Chris at 4:04 PM No comments: