Need a good book to read while curling up by the fire? Here is a list of the books I have finished this month so far.

College professor Sam Madison is on trial for his wife Sandrine’s murder. Sandrine has been recently diagnosed with ALS and her death was initially ruled a suicide, but several clues appear to implicate Sam. Is he guilty, or did Sandrine set him up? More than a courtroom drama, the book explores the relationship between a man and his wife. This book was recently named a finalist for the 2014 Edgar Award for best mystery.

Kathy Walker suspects her husband of eighteen years of having an affair. Having wrongly accused him 6 years earlier, she is reluctant to confront him without evidence, which she soon finds.  The story is told in three parts, from the point of view of the wife, the husband, and the mistress, which allows the reader to sympathize with each character. This is Freedman's first novel.

The latest mystery in Gardner’s Detective D.D. Warren series involves a serial killer that is copying the crimes of murderer Harry Day, who has been dead for 40 years. Warren looks to Day’s daughters for help finding the killer: Adeline, a pain therapist, and Shana, a convicted murderer herself, who has been incarcerated for the past 30 years. Gardner does not hold back on graphic depictions of violence, but if you like suspense and well-developed characters, give her a try.

The Keeper of Lost Causes

For fans of Stieg Larsson and Jo Nesbo, The Keeper of Lost Causes is the first title in Jussi Adler-Olsen’s Department Q series.  Detective Carl Morck is the head of Department Q, which investigates cold cases. His first case involves a politician who disappeared 5 years previously and is presumed dead. Can he find her in time to save her life? Filled with likable characters and a creative plot. Adler-Olsen's books are best sellers in his native Denmark.

Let us know what you are reading now. Winter is the perfect time to catch up on the books you've been wanting to read, and we've got something for everyone here at the Library.
Posted by Gina at 10:07 AM No comments:

Transmedia: A Different Kind of Story

During my one of my final classes in my MLIS program, I was introduced to a different medium of story telling. I'm familiar with different formats of materials, such books, audiobook, graphic novels, and so forth. But for the most part, they all generally tend to keep their stories contained within the chosen format. 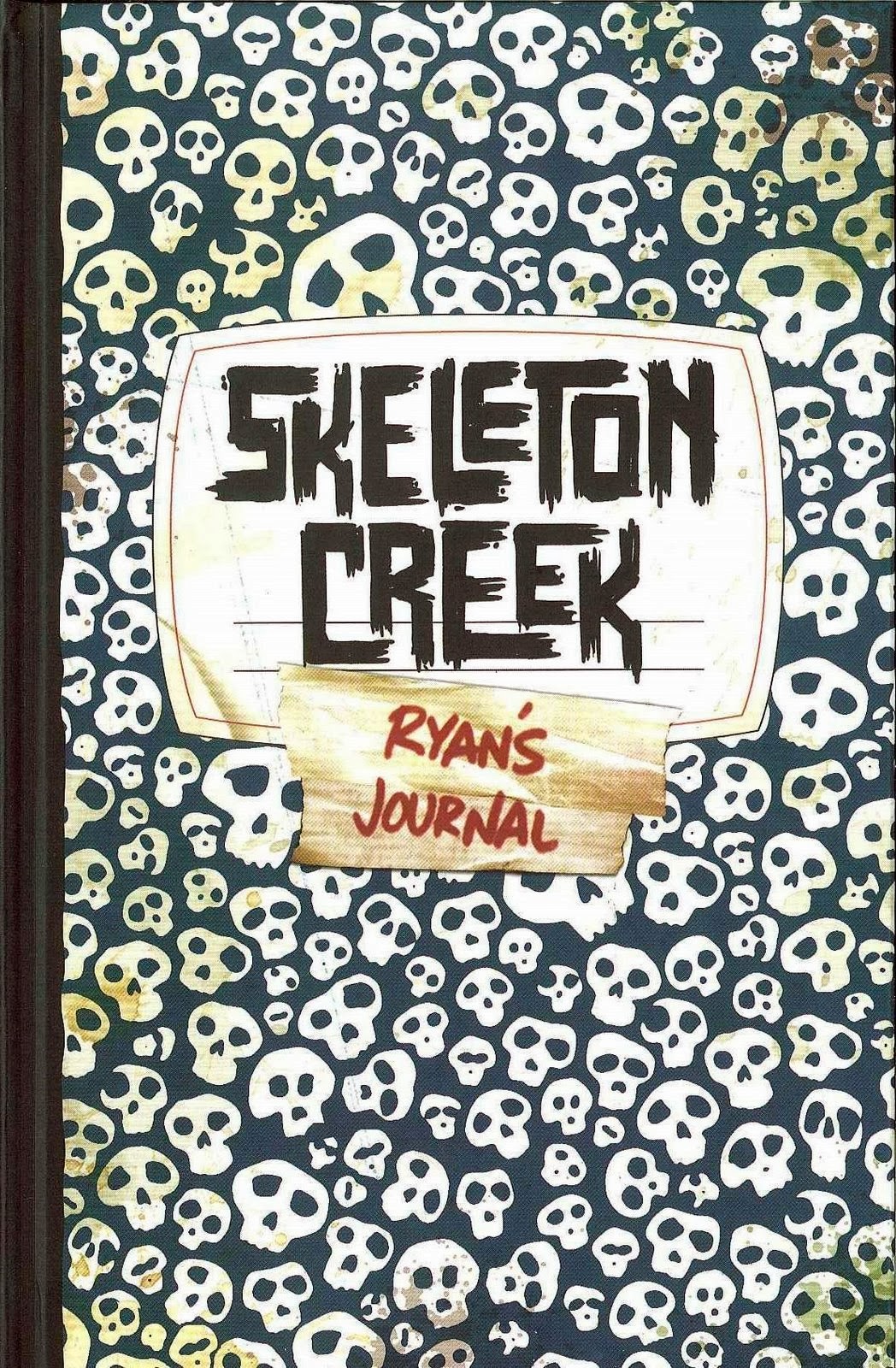 I was first introduced into the genre by a young adult story (shocker) by Patrick Carmen called Skeleton Creek. It's premise comes from the perspective of a young man named Ryan McCray in a one horse town with a bit of interestingly spooky legend behind it. It's told from the perspective of him writing in a journal. So he's always either referring to events before or after they happen. He's currently being forbidden from seeing his best friend Sarah Fincher because their last little outing resulted him getting his leg broken.

But throughout the book, he references her website and video blog. Sarah represents the outgoing and adventurous half of their duo. She thinks the story behind the abandoned gold Dredge outside of town has more than it seems behind it. So despite the two being separated and constantly pushed to stay out of "The Dredge", She continues to explore it and reports her findings to Ryan via her website www.sarahfincher.com with the help of passwords she leaves him.

The reader, should they explore, will find that this is a legitimate website and that the passwords do in fact work. And if you enter the passwords as you find them, you are treated to what I refer to as perspective chapters where Sarah brings you the other half of the story. They are very well done and they bring in dynamic that makes the story that much more creepy than if you had just read the book alone. I have provided an example below of one of the first few vlogs you get in the story. I found myself getting easily engrossed in this one and ended up flying through it in a few hours. 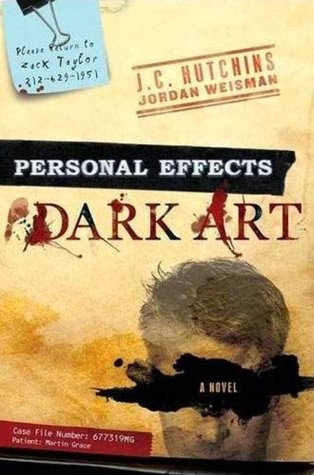 The other story is one that I really enjoyed was murder mystery by J.C. Hutchins called Personal Effects: Dark Art. It tells the story of a young hotshot therapist who has been tasked in investigating and rehabilitating a serial murder suspect called Martin Grace. Grace is suffering from a rare  form of  psychosomatic blindness because he is able to foresee how each of the murder victims would perish and inform them of such prior to it happening. He also bears a warning of a mysterious figure known only as the "Dark Man" who in some way seems to be tied to these murders and is an entity that Grace intensely fears.

Zach is an art therapist, and through various interview and unconventional art sessions he intends to root through the buried past of Grace to find the cause of his blindness and hopefully cure it to make him well enough to stand trial. But Grace is a very cerebral opponent and has no intention of making things easy, which sends Zack to look through Grace's personal effects to try to unlock the mystery behind him. Be warned though, this is a pretty gruesome journey, and it's definitely not for everybody.

As the title leads on, this book comes with a series of various personal effects (bottom of link for examples) tucked neatly away in the cover of the book such as collection of papers, cards, forms, and pictures "recovered" from Martin Graces things. If you pay close enough attention to the items, you will find clues within them that give the reader a step ahead of Zach in the story. All of the phone numbers reach actual voice mails, where if you can discovers the codes you can listen to the messages left to them. The businesses have websites to give you better context about the locations, and so on.

The problem with this form of book however, is that sometimes the interactive elements are forgotten or not kept up with. There is an interesting side story with this book where one of the side characters somewhat took a life of its own to promote the book, and it ended up becoming more a real entity than the book itself. Unfortunately it caused a bit of a schism, and many of the associated websites were shut down. It's a shame, and forced me to use the Internet wayback machine to see the sites, but it was a fascinating story nonetheless.

While not exactly a new or emerging genre of fiction, it is still relatively uncommon style in the mass market. But there are a various number of examples scattered throughout the CLEVNET catalog for both teens and adults. It is a very interesting concept and gives a new spin on reading and definitely worth looking into at least once. Here's hoping more authors explore this means of storytelling.
Posted by Chris at 11:42 AM No comments:

﻿
One would think that as a librarian I might have great organizational skills.  One would be wrong.  Oh sure, I know the Dewey Decimal System inside out and backwards.  But have you seen my office?  It's a mess!  Often you cannot see the top of my desk, and I have a big desk!  And don't even get me started on the counters and cupboards!

So for 2014 I will be reorganizing and decluttering and generally trying to straighten up my office.  But where to start?  Luckily, I work in a library...so I went to the shelves and found several books that may be of help.  Here are some that I found:

What's A Dis-Organized Person To Do? by Stacy Platt.  Professional organizer Platt provides 317 great ideas, projects and tips to help you unclutter your overstuffed life.  There are projects for every room in the house.

Organizing from the Inside Out: The Foolproof System for Organizing Your Home, Your Office, and Your Life by Julie Morgenstern.  Morgenstern has a three-step process to start organizing:  analyze, strategize and attack.  She offers lots of great ideas for home and office.

Sink Reflections by Marla Cilley (The Fly Lady).  Do you suffer from C.H.A.O.S (Can't Have Anyone Over Syndrome)?  The Fly Lady actually makes organizing and cleaning fun.  She starts with baby steps to decluttering and keeps the amount of time spent on chores limited.  The Fly Lady helps establish routines that make it easy to keep ahead of the clutter.  Some of my favorite Fly Lady things are the 27 Fling Boogie and the Hot Spot Fire Drill.  When you do the 27 Fling Boogie set your timer for 15 minutes, grab a box and run through the house collecting things to give away.   When the time goes off , you are done for the day.  A Hot Spot is a place in your home or office that collects stuff -- and if left unattended it will spread like a wild fire.  When you do a  Hot Spot Fire Drill, you spend 5 minutes putting away all the things that have accumulated there.

I found the books and tools I'll be using to get organized this year!  If you need some tips and ideas, stop in the Library, we have lots of books on keeping track of your stuff and I know just where to find them!!
Posted by Jane at 10:10 AM No comments:

Thank you, Garden Club of Kirtland!

You may have noticed seasonal and holiday decorations around town including the pots outside the Library's front doors. This is thanks to the Garden Club of Kirtland who has worked very hard to make the season bright!

Every year the club collaborates on the swags you see on city signs and elsewhere. Emily Kutscher made all 44 bows. This year, Marilyn Spease and Marilyn Raishart made and installed the swags for the businesses on Route 306. The Club gets the greenery for these swags from the road department.

The tree at the Farm Park is a new project for the Club this year. Most of the ornaments were made by Lynn Bernard and Gwen Zietz, with Emily Kutscher and Beth Wagar finishing up the loose ends. The ornaments are made with all natural materials. The Garden Club also decorates at City Hall.

The Garden Club is committed to gardening and the community. They have booths at the Library Yard Sale and at Lake County Fair. They also weed the Veteran's Memorial once a year and have planted many things at the Library, including the witch hazel shrubs out front.

Interested in joining the Garden Club? They are looking for new members.

Meetings are held at Kirtland Public Library on the first Thursday of the month at 6:00 pm, January through May. All are welcome to join and you don't even have to live in Kirtland. Gardeners from any city are welcome. The meetings include seasonal topics and guest speakers, plant exchanges and field trips.

Stop by the Library for information on the Club's 2014 season and get contact information for Lynette Capra who heads the Garden Club.

Thank you, Garden Club of Kirtland! You make our city even more beautiful.
Posted by Unknown at 9:48 AM No comments: